The danger associated with skydiving has decreased steadily over the last decade, but skydiving is not a danger-free activity. Because you are exiting an aircraft in flight from roughly two miles above the ground and freefalling at speeds of around 120mph to the ground, there is, naturally, some danger involved. As an extreme sport, skydiving contains certain risks, but the majority of these risks have been mitigated by significant technological improvements to equipment and the implementation of advanced training programs. 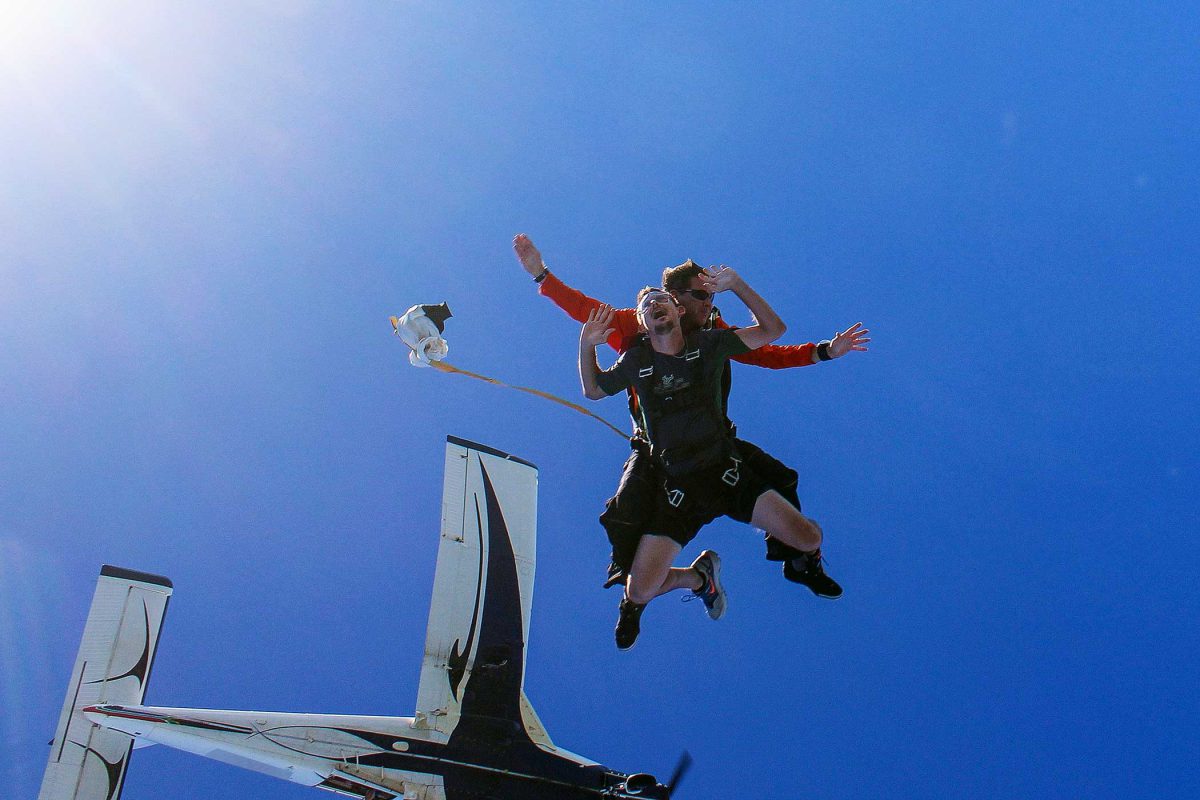 So, how dangerous is skydiving?

Let's Take A Look At Some Skydiving Statistics

Numbers don’t lie, and the most recent skydiving statistics from 2019 paint a picture of skydiving that is not as dangerous as people imagine.

How many people die a year from tandem skydiving? The safety record for tandem skydiving is even better: there has been only one student fatality per 500,000 tandem jumps over the past decade. 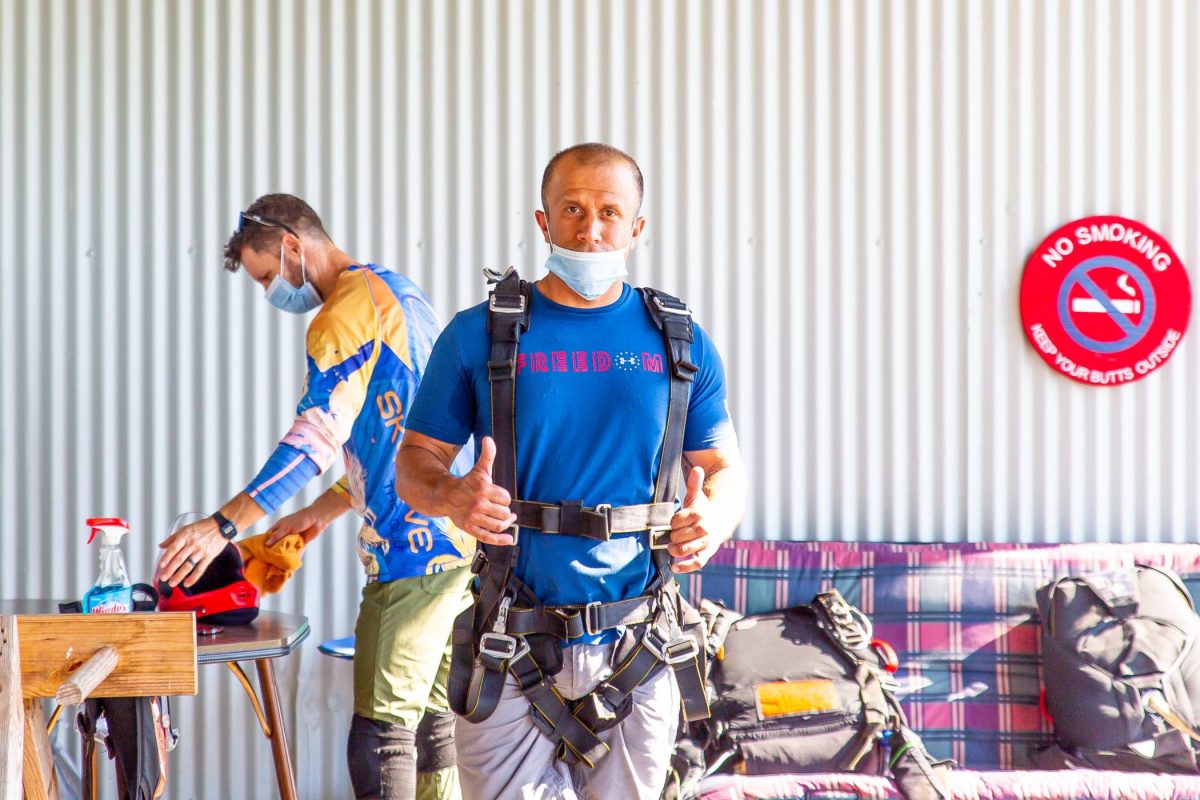 Activities That Are More Dangerous Than Skydiving

Is skydiving high risk? Yes, but you may be surprised how it compares to a few other activities. While skydiving contains some inherent danger, there are plenty of seemingly benign activities that are actually far more dangerous.

Driving Or Riding In A Car

A weekly trip to the grocery store doesn’t cause many to bat an eye, but without a doubt, driving is far more dangerous than skydiving. In 2019, the total number of driving fatalities in the US was 36,096. This averages out to 99 fatalities per day.

A Walk In The Woods in Summer

During the summer months, bees and hornets are increasingly active. This increased activity means an increased rate of stings. Startlingly, each year around 58 people are killed by bee or hornet stings.  In fact, according to the National Safety Council, you’re more likely to be killed by a bee sting than you are to die from skydiving.

As a niche sport, data surrounding scuba diving fatalities is difficult to come by. The most recently reported data comes from 2016. According to the Diver alert Network, in 2016, there were a total of 169 deaths involving recreational scuba diving around the world. Occurring within the US, there were 27 total fatalities. 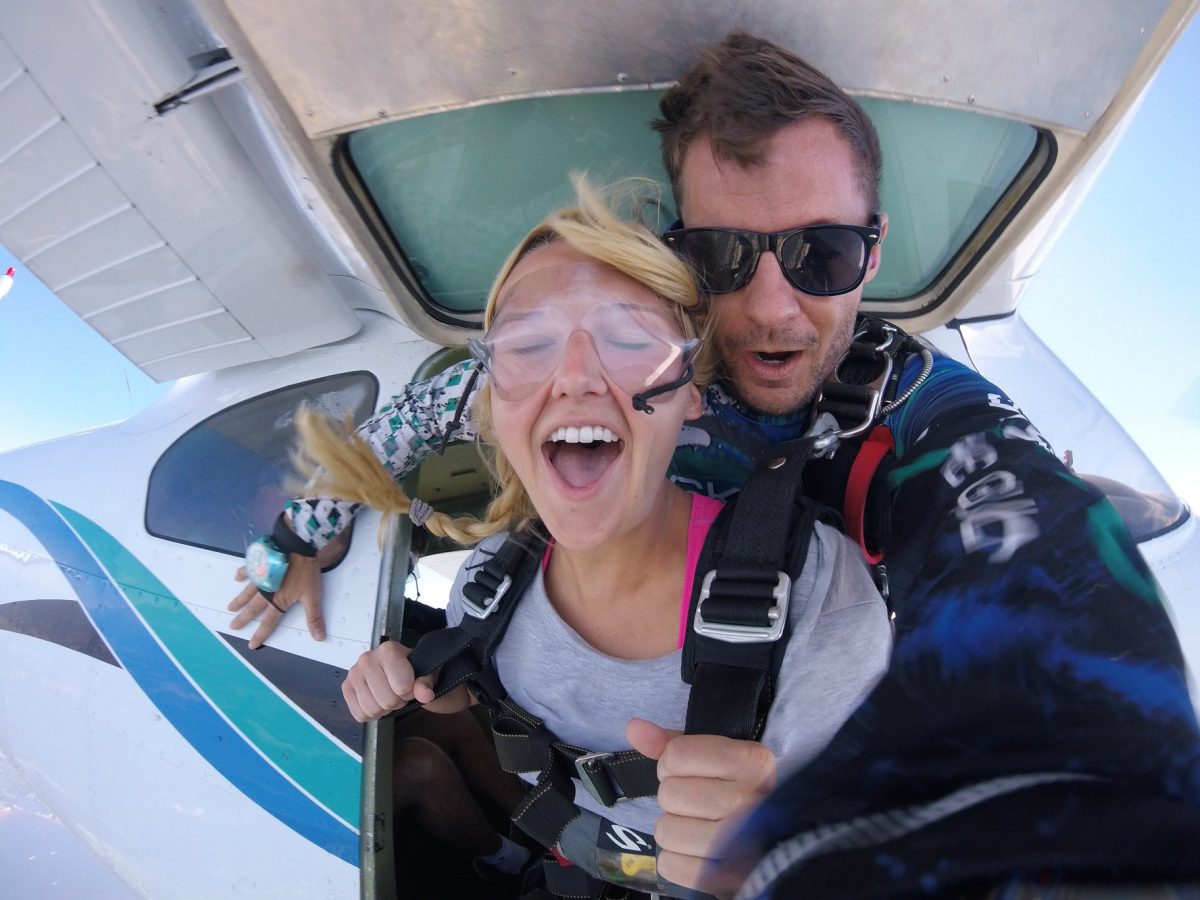 Skydiving Safety Is Our Top Priority

So, how dangerous is skydiving? Because there’s no universal danger scale of 1-10, it’s hard to say exactly. Though, most agree, based on the skydiving incident data, the level of risk associated with skydiving is an acceptable one.

At Skydive STL, we are committed to adhering to recommended training policies and programs and strict safety standards set forth by the United States Parachute Association and maintain our fleet of aircraft and skydiving equipment to the standards and specifications of the Federal Aviation Administration. While skydiving has certain dangers associated with it, Skydive STL takes every precaution to make skydiving safe for you and your loved ones.

At Skydive STL, we’ve seen skydiving used for all kinds of momentous occasions: birthdays, marriage proposals, gender reveals, and even a skydiving wedding! At Skydive STL, we help people build beautiful memories through the experience of skydiving.

Skydiving Can Be Life Giving

Skydiving can be a life-changing experience and we don’t know anyone who wishes they hadn’t done it.

Do you have any questions about the skydiving safety measures and precautions taken at Skydive STL? Don’t hesitate, give us a call or fill out our contact form today!

How Fast & Long Do You Fall When Tandem Skydiving?

1 month ago by Skydive STL

2 months ago by Jake Strain

2 months ago by Skydive STL