Get To Know Luke Church

Luke Church grew up in St. Louis, Missouri. He was one of five kids, with one sister and three brothers. He says riding his BMX bike and playing music were far more interesting than school. When he was 14 he saw a BASE jump video on the internet and knew that was what he wanted to do. He called a base school in Twin Falls, Idaho and found out he would need 200 skydives and had to be 18. Undaunted, he printed out the skydive license price list and course work and carried it around for two years. As soon as he could start skydiving he went to Illinois and took a first jump course and went Solo for his first skydive. He came back the next day, did three more jumps and got his license shortly thereafter. He worked to get his 200 jumps and went to Idaho and started Base jumping. He was happy to discover he loved skydiving as much as base jumping. 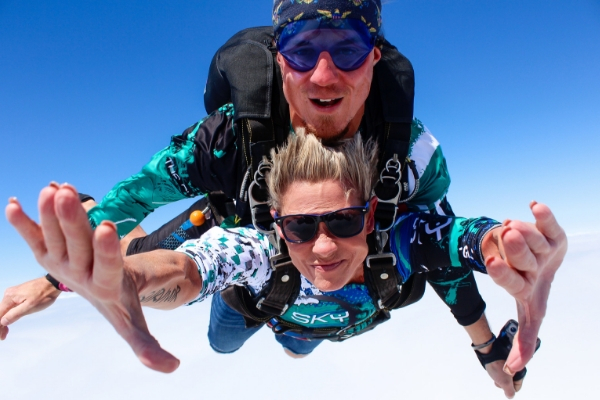 Luke flew with his Uncle the helicopter pilot for the first time when he was three. When he was asked in middle school what he planned to do with his life he listed helicopter pilot. Instead, he got his airplane pilot’s license while adding skydiving and base jumping to the professional side of his life.

The crossroads moment for Luke was when he won a chunk of lottery money with a $2 scratch-off ticket. It was enough to truly change his life at the time. He bought a parachute, a truck, and started his life of traveling to skydive. During his travels, he met Jake Strain (STL co-owner) when they both worked in the skydiving industry in the Caribbean. 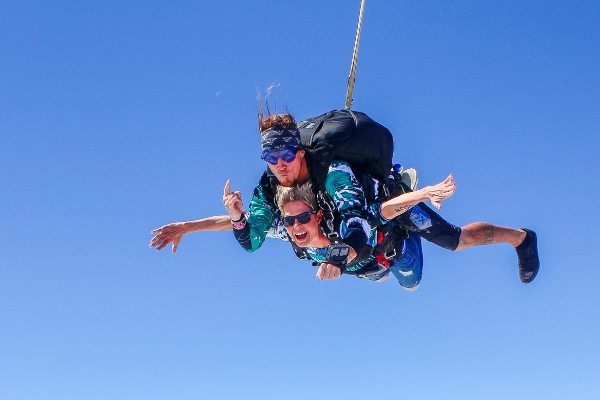 Luke has a top list of some of his most memorable dives. One of his first wingsuit dives was made at sunrise from a hot air balloon. A night jump in Florida at exactly midnight on New Year’s Eve gave him an eagle eye view of the fireworks below. And his favorite was driving across country back to Missouri to complete his brother’s A License check dive. He loves having a family member in the sport. He has also taken his sister and mom on tandem jumps. 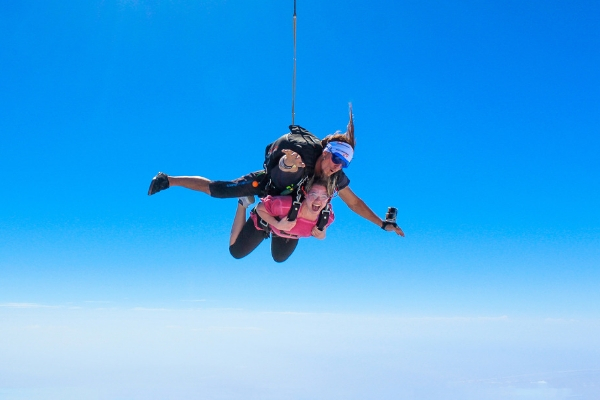 Luke’s favorite part of owning a dropzone is the people that come to skydive. One jump can change a person’s whole life. Watching people overcome their fears and being really tuned into the moment never gets old. Some of his more humbling experiences have been tandem jumps with a blind person and two dives with paraplegic customers. Every person who comes to skydive has a story, and they all leave the DZ changed in profound ways. The opportunity to share his passion with everyone reminds him why his motto about life is GO ALL IN!

Getting To Know The DZO’S: Jake Strain

11 months ago by Skydive STL